There is a strong link between knowledge and research. Individuals, organisations and all stakeholders in the business of knowledge, research and policy making must see each other as members of one community, working towards achieving unified goals and therefore must constantly seek common grounds to engage. My friend @jonharle captured this thought in his article Increasing the role of evidence in policy: making connections across the research and knowledge system, after a VakaYiko symposium in Accra, Ghana in October this year. Enjoy the read.
Research and knowledge systems
A research and knowledge system is the system within a country that connects all of the actors involved in generating and using research and other forms of knowledge. The system includes: those who produce it, those who communicate it, and those who ultimately use research and knowledge in policy and practice, as well as the various organisations and individuals that support and enable this system in different ways.
In addition to research institutes and universities, research and knowledge systems include NGO and civil society organisations, those who fund and set policy (governments, foreign donors), and those who regulate knowledge in particular sectors (such as professional associations). They also include those who provide the vital services that research depends on, from library consortia and NRENs, special high-speed broadband and IT service providers , to national research publishing initiatives such as SciELO or Journals Online.
While the purpose of some parts of the system may be to produce and provide research which has direct policy or practical benefit, others may play a wider ‘knowledge-generating’ role, pursuing practically ‘useless’ research that nonetheless pushes the boundaries of knowledge forward, tests new ideas, and offers new ways of thinking about the world.

The challenges of a system-based approach
A number of common challenges emerged as we shared our thoughts on and experiences of engaging with research and knowledge systems.
Connecting across the system
The starting point for our conversation was the proposition that if we want research to inform policy and practice and vice versa then we can only do this by connecting across the system. “If another part of the system isn’t working, it’s often hard to achieve your goals” Thywill Kpe
It sounds simple, but it was clear from discussion how often people and organisations work in silos, pursuing related aims but on parallel, or even sometimes diverging tracks. As Thywill Kpe from Ghana’s Ministry of Gender, Children and Social Protection commented, if another part of the system isn’t working, it’s often hard to achieve your goals.
Many of the comments made during the conversation reflected familiar and longstanding concerns: poor links between researchers and policymakers; lack of understanding of respective needs or interests (or how to bridge these).
The timing of connections was also mentioned. We agreed that bringing researchers together with those in policy and practice at the beginning of a research project, rather than the end, is crucial if research is to contribute to day to day problems.
“ If at the beginning of research we engaged with each other and knew each other’s needs then it would not be that difficult — not at the end but from the beginning” Thywill Kpe

Recognizing the less visible parts
Another particularly important reflection was that we often forget to engage with critical, but less visible, parts of the system. We talk about connecting researchers and policymakers, but what about the organisations and individuals responsible for making research available, developing the IT systems, managing the publishing platforms and communication facilities? These are important parts of the system too.
The system also operates at different levels. As Ron Mutasi from ZeipNET in Zimbabwe explained, they support individuals to strengthen their skills and understanding, as well as working with policy organisations to develop their institutional process for engaging with evidence.
Organisational (dis)incentives
It’s also important to recognize how often institutions and organisations act as obstacles rather than enablers of this kind of system working, Each organisation has its own interests, and these create different incentives for staff, which often pulls individuals away from collaboration, instead of pushing them together.
In the university system, international rankings are particularly powerful and often override local needs. As Anne Lan K. Candelaria explained, although her university has a clear social mission, academics are rewarded for the articles they publish in top journals, because it’s these articles that keep the university high up the rankings, securing its prestige and attracting students, not efforts at outreach.
Anne has had to defend her work with local government education officials as an important contribution to the knowledge system for improving education in the Philippines, above producing articles for other academics to read.

So what about practical ways forward?
A lot of the ideas for improving systems that arose have no doubt been suggested before in other forums, but it’s always worth echoing those that have promise.
Engaging early and directly
Thywill Kpe suggested that masters and PhD students could try to identify policy-relevant research issues for their theses through direct contact with local policy and practitioner communities — so that they develop an engagement with users from the beginning of their research careers.
Better communication
In some cases it’s hard to know who is doing what, to identify people with shared interests, and to build on existing work within a county. This can lead to duplication in effort rather than strategic use of limited resources. As Richard Lamptey explained, it’s easy for two different teams at two different universities in Ghana to be undertaking the same research but entirely disconnected from each other. Online research communications platforms could be an option (though there are already many of these), but people regularly coming together in person around shared interests could also be valuable. Formal conferences may not always be necessary — more informal gatherings might be better, and less expensive to organise and attend.

Finding common ground
I was struck by the need to find common ground. It’s seems there’s a tendency for communities within a research and knowledge system to focus on the differences between them. In Nigeria, for example, policy makers and researchers tend to see each other as competitors, according to Michael Falade.
The only way we’ll overcome these obstacles — unless those higher up the chain dramatically alter the prevailing incentives — is to actively seek common ground. And that requires a willingness to compromise. It may also mean taking smaller steps, nudging change in the wider system where possible, rather than aiming for large-scale overhauls.
Making the most of relationships
The conversation also showed the importance of the spaces between formal organisations or institutions — the areas where different communities or individuals can come together and avoid the constraining norms. As Ron commented, sometimes the formal system isn’t the way to build the connections: informal relationships that can be slowly institutionalized are the way forward, leading eventually to trust and co-production.

Working with the system

A lot has been written on systems working, much of it recognising and dealing with complexity, on the need to deal with power, to be flexible and adaptable. And when it comes to a national research and knowledge system (with porous boundaries, and links to regional and international systems of course) it’s only those within who can really put this into practice.
But ultimately these questions still need answers, whether from the inside, or from outside supporters and enablers.

Participants at the VakaYiko Symposium 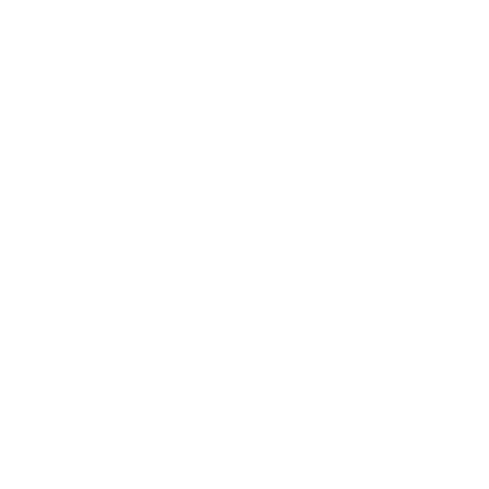